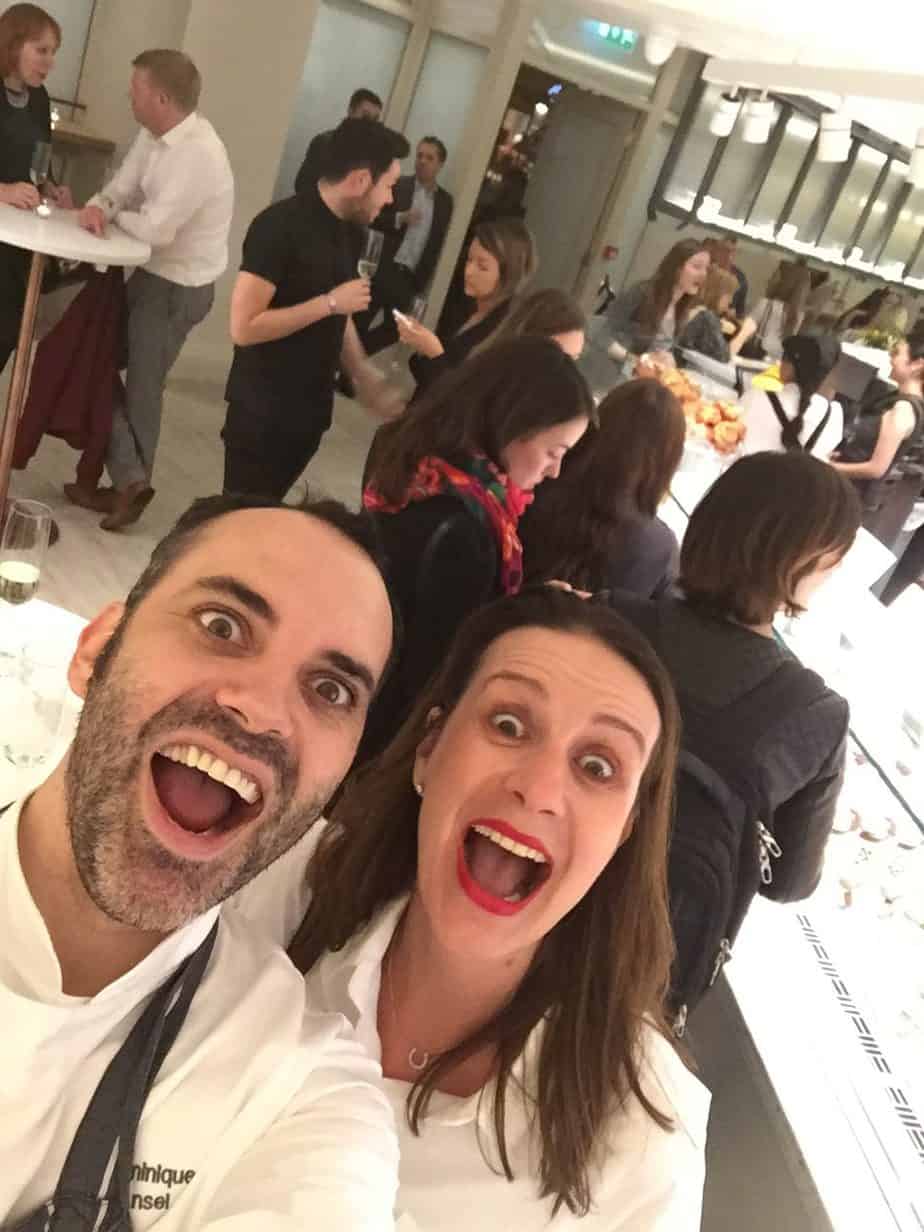 Dominique Ansel may have created cronuts some years ago, but they’ve taken a while to get here.  I was lucky enough to be invited to his friends and family opening night.  I spent most of the evening with his lovely PR Jessica who chatted through the treats that will be on offer to Londoners.  Without boring you, I’m a massive fan and think that maybe a gallery might tell a better story than me.  Rest assured it’s not just sweet stuff on offer here at his Elizabeth Street shop; I tried a wicked Croque Monsieur and a noodle and vegetable rich beef broth and both will be on the menu.

But there is plenty of Viennoiserie, for which he’s famous.  Made-to-order mini Madeleines and a few other offerings which you won’t find in his stores in New York or Japan.  Here are a few images from opening night.  Do visit.  I look forward to afternoon tea in the garden, coming soon.

The Potting Shed Pub Crudwell
Laughing All The Way to Southwark, ‘Hold The Anchovies Please’ Reviews The Laughing Gravy