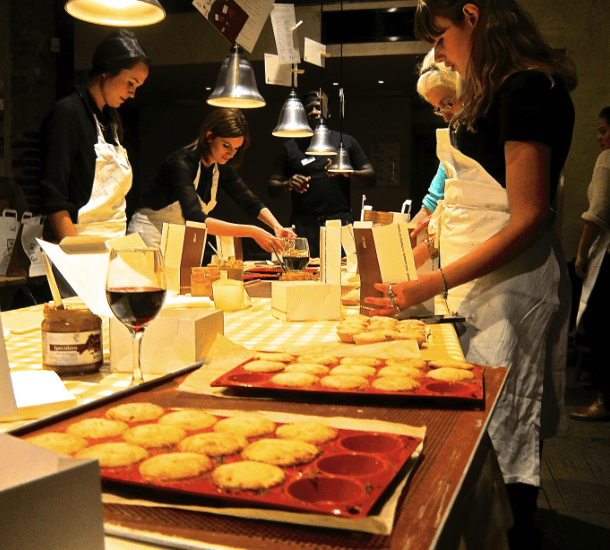 Le Pain Quotidien (luh-PAN-koh-TI-dyan) is a wonderful chain selling honest-to-goodness seasonal food as well as wonderful baked goods.  It began life in Brussels by a chef unimpressed with the bread on sale.  Alain Coumont began making his own, and fitted out his store with pieces of furniture from antique shops – one of which was a large communal table.  Now, the shops are all around the world, the large tables remain a feature and something of a signature. 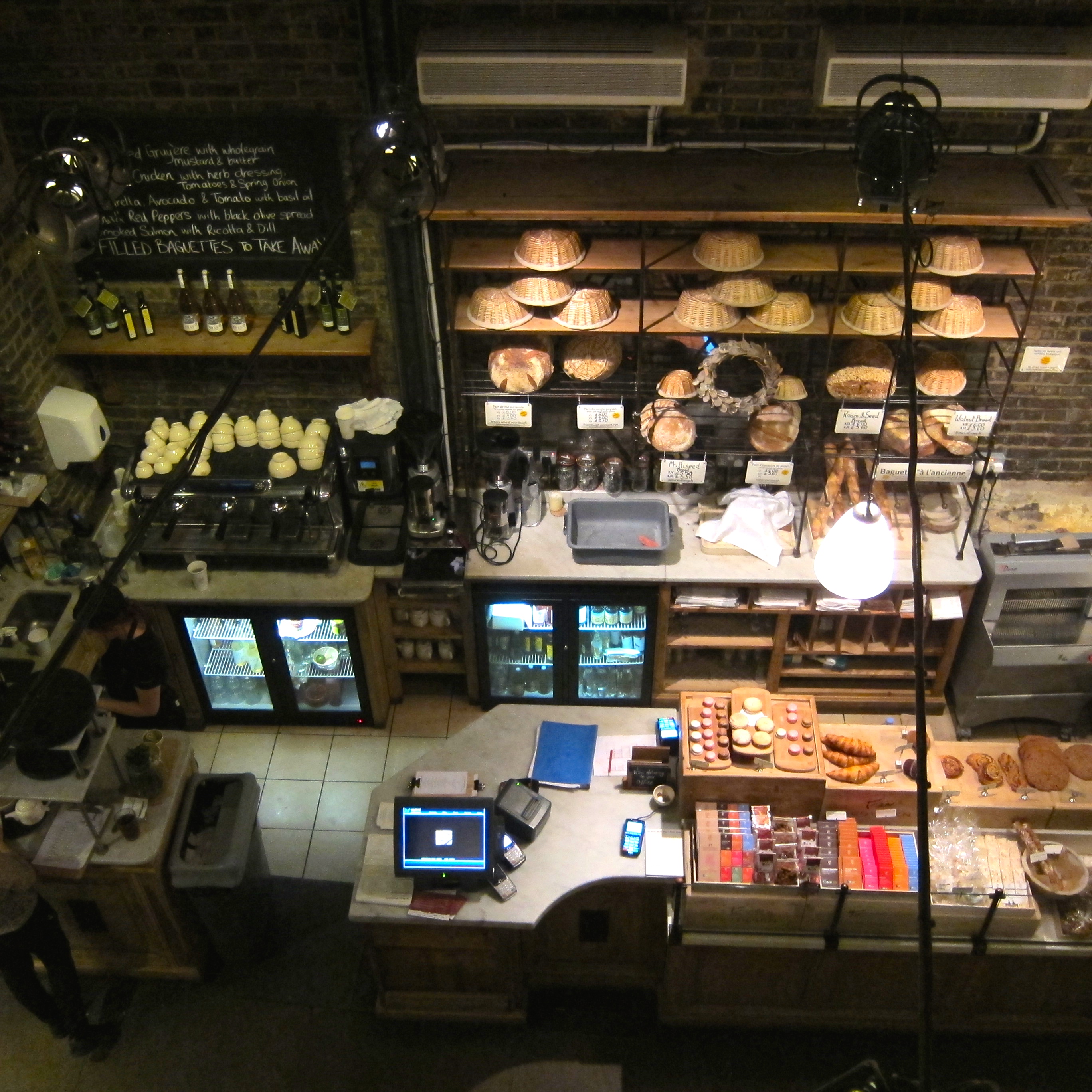 Le Pain in London have thrown open their doors to give customers the opportunity to bake like the pros.  Their stores in St Paul’s and Borough Market are transformed into a giggly home economics class after dark.  Well, certainly the table at my Borough Market experience was a sea of women and the lovely Ben.

Ingredients for the two recipes had been weighed out for us already, all that needed doing was the mixing, a little kneading and some piping. 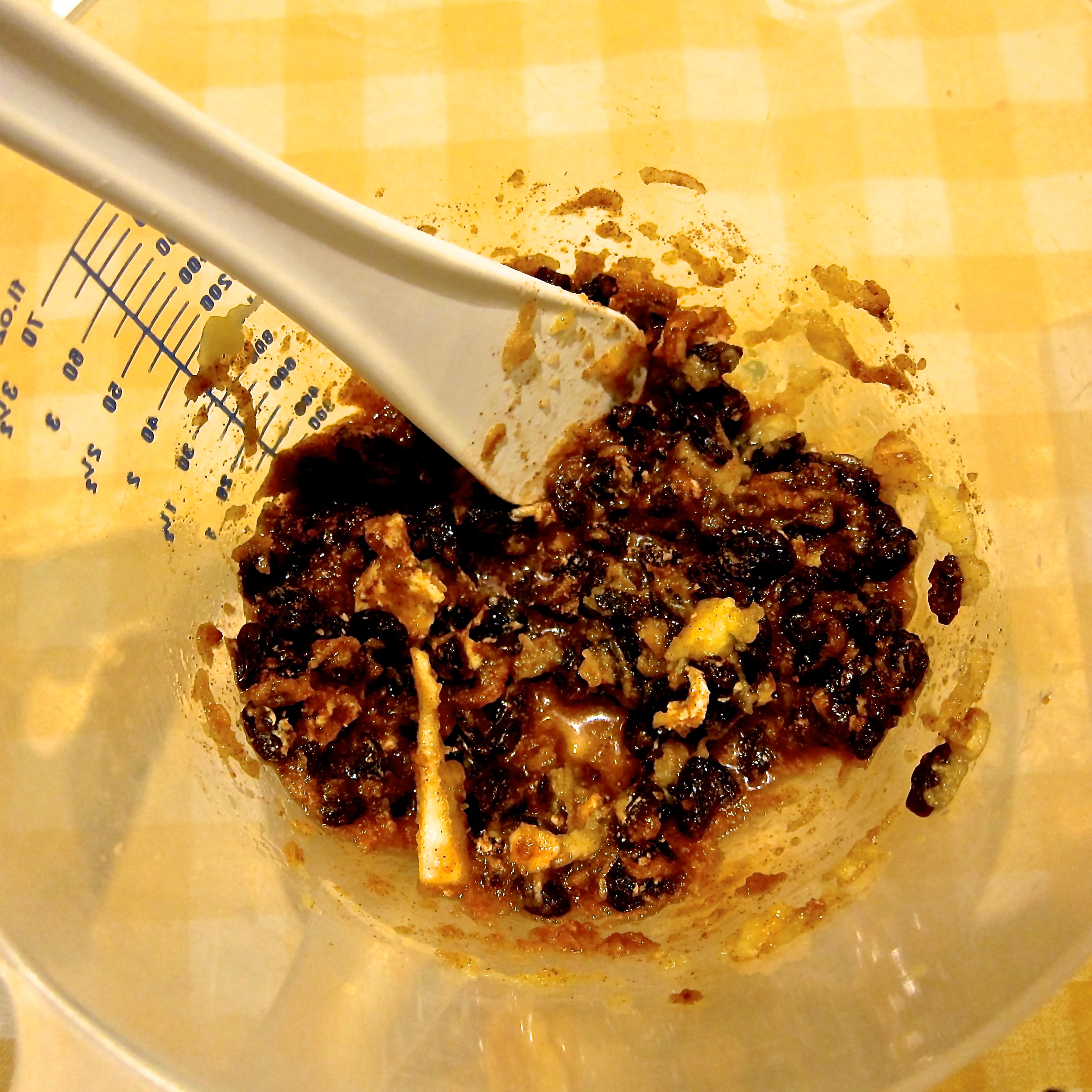 Twelve cooks grated, whipped and whisked  their way to mince pie and speculoos cookie perfection with Didier at the helm.

The two glasses of alcohol probably helped and the session that began at 6pm,  finished just after 8.15pm.  A platter of open sandwiches did arrive at some point but post-work hunger meant that they disappeared in a thrice.  I grabbed a delicious ham, cheese and gherkin topped beauty and it set me straight until our baked goods arrived fresh from the oven. 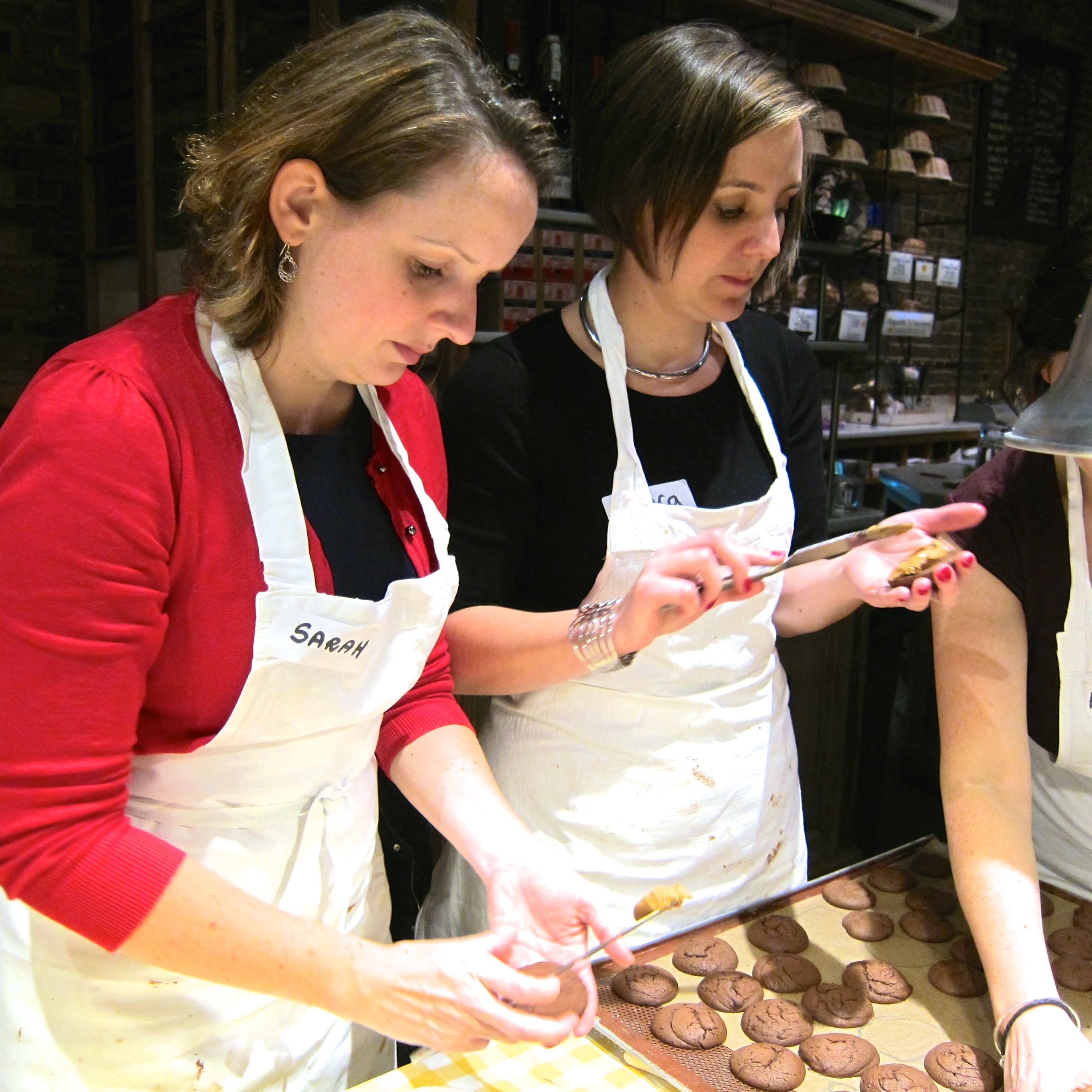 We all left with two boxes of just-warm cookies and pies and a recipe sheet for both.  Didier’s cookies were perfectly spherical and the class managed to pinch a few of his too. 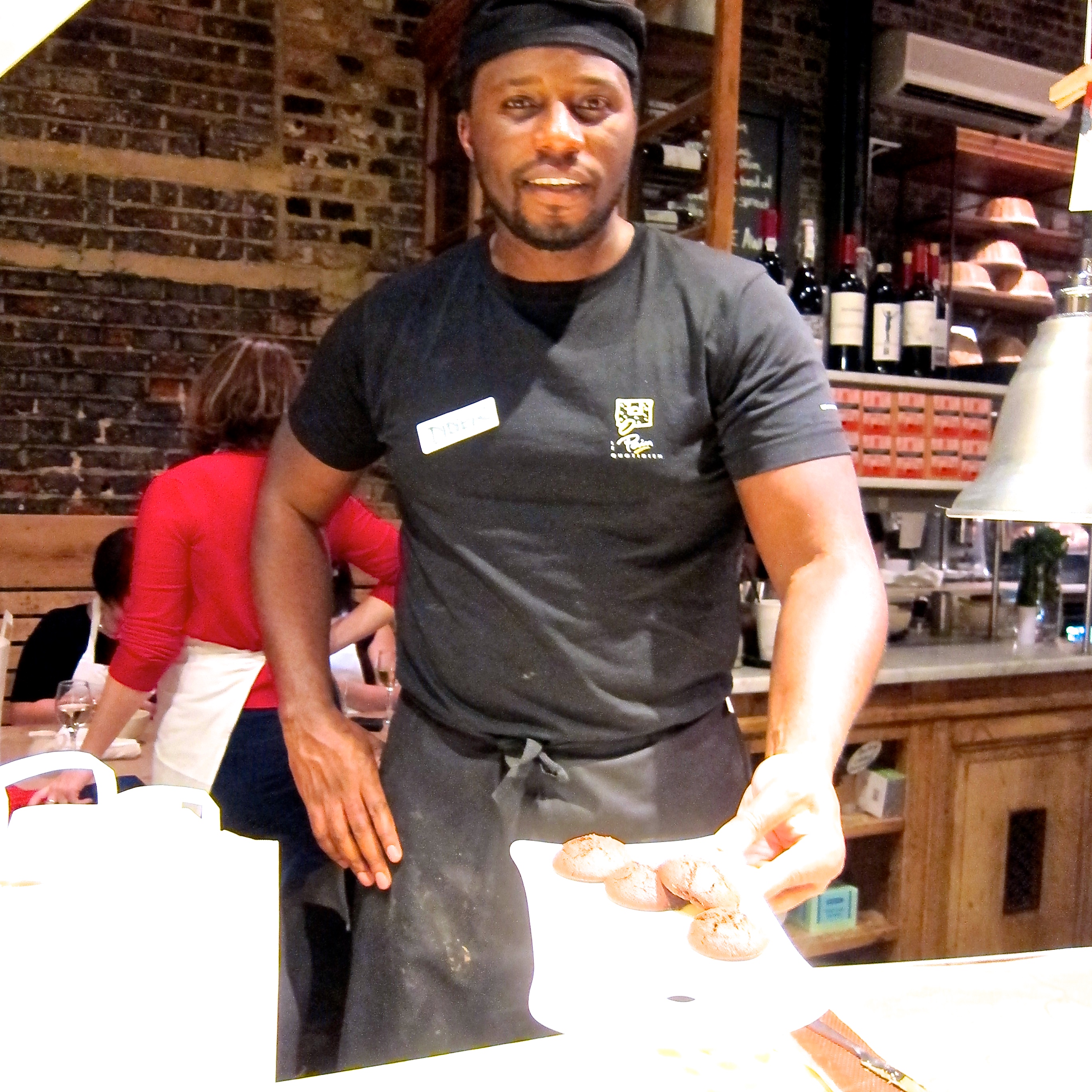 Here are my ‘neighbours’, a rather chuffed Mother and Son with their mince pies. 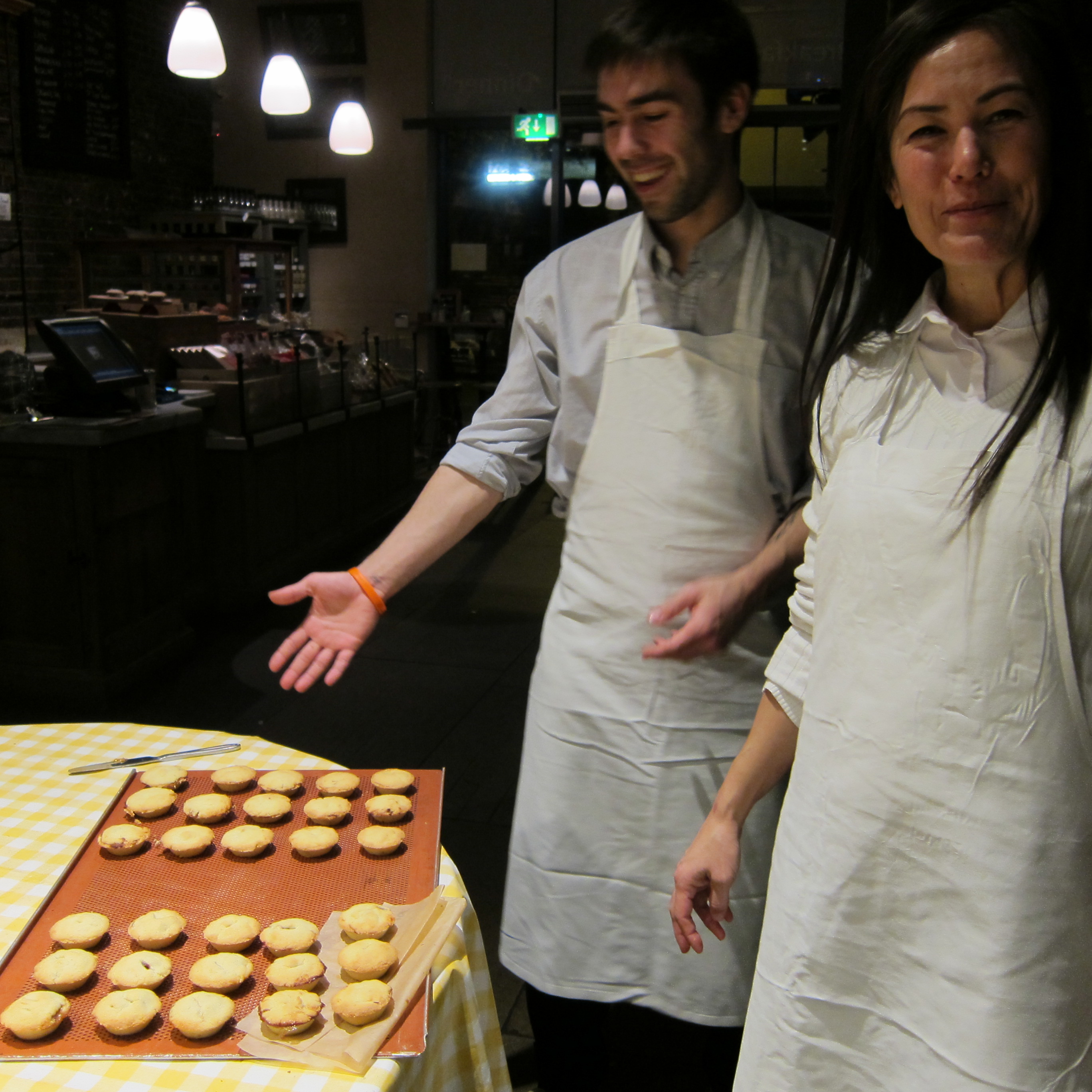 The mince pies and cookies were inhaled by the office and I was asked for the recipes.

The class is a great present for the non-baker or the experienced, an opportunity to learn tips from the experienced Patissier was really useful.  A couple of people I spoke to were returning visitors and said that they really enjoyed it, and even if you’re on your own, it really is a fun evening.

I will be back, maybe not for the singles baking evening, but definitely in the New Year for the orange Madeleine class (quite a good present for any Christmas list).

Here are a few of the classes coming up.

They’re a bargainous £27 per person and this price includes two organic beverages (I had coffee and a G&T), a small open sandwich (or two) and your own baked treats to take home. To book, email borough@lepainquotidien.co.uk or tweet them on @LPQUK.

I was a guest of Le Pain Quotidien, Borough Market.