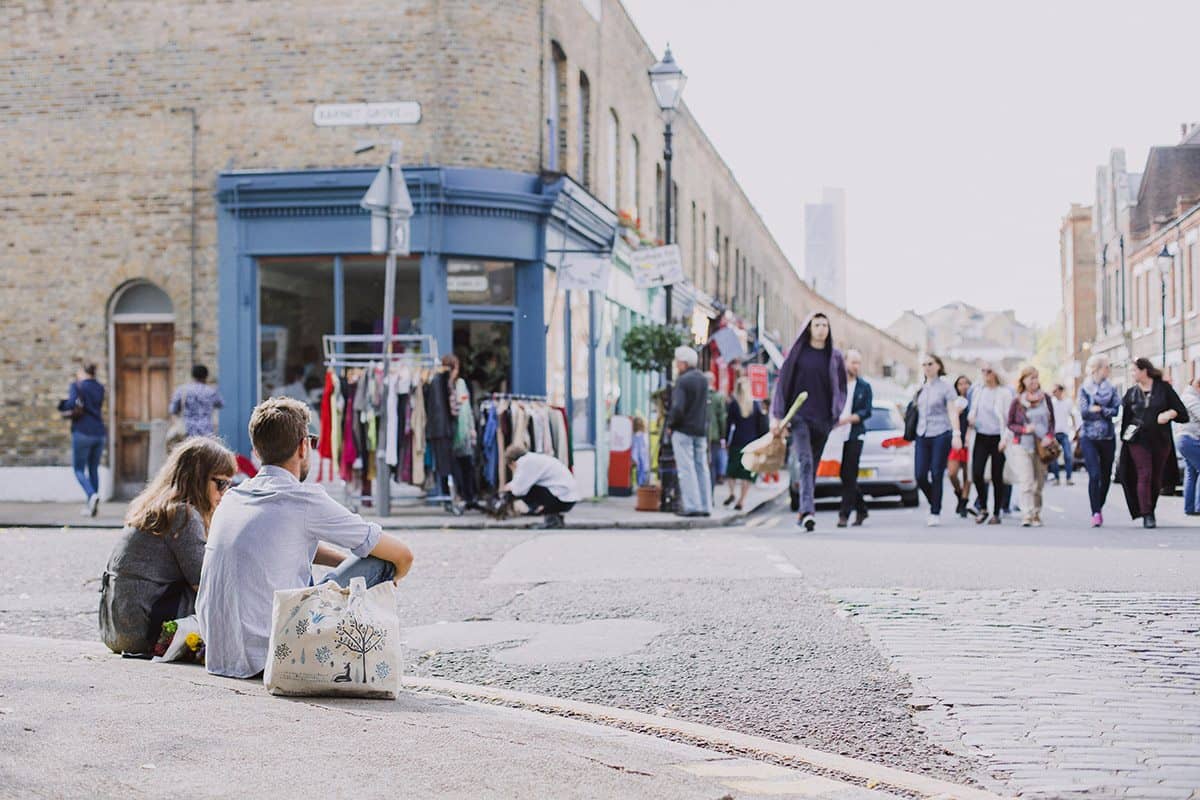 In another of my posts you’ll have read my review on José’s in Bermondsey Street. Whilst I was there devouring his dishes, he popped in to say hello. Ever the journalist, I seized the opportunity to ask him a few questions.

It always been José’s dream to open his own restaurant and have a ham hanging from the ceiling. He wanted to create a place where people can come and go, eat, drink, and waste a day. Well, it’s clear that his dream is well on the way to coming true.

He’s got his tapas bar in Bermondsey Street, not just the one ham but three, and he chose SE1 because he lives in the area and loves it, he saw the opportunity and seized it with both hands.

He credits his mother, and both grandmothers for his love of food and his Spanish mentor Julio Reoyo and David Eyre. José worked with Michelin-starred chef Julio at El Meson de Dona Filo in Madrid. When he came back to London he worked for the Eyre brothers – both he says changed the way he cooked – forever.

Seasonality is his thing, he grew up on a small farm in a small town in Cacares, Extremedura, a part of Spain like any other where good, simple food is cooked, His parents were, unsurprisingly, farmers and there’s a fantastic picture in his first cook book of all three together. He grew up smelling and handling the food grown on the farm and so it’s inherent it’s reflected in his cooking. So he’s got a very strong opinion on eating out of season, importing asparagus from Peru it’s simply wrong but everyone’s doing it and as a result we’re destroying our world.

If you don’t own ‘José’s Seasonal Spanish Food’ then go treat yourself its more than a recipe book. It’s almost a journal of his life, a wonderful food journey with the watchwords, seasonality, simplicity, locality and above all love. His enthusiasm for good quality seasonal ingredients is infectious and jumps out from each page and he’s exactly like that when we meet.. He takes food, season by season, exploring his favourite ingredients the result of which are his simple recipes. The book is interspersed with Spanish tales of days gone by.

José’s in Bermondsey is what he calls “a corner of Spain in Bermondsey Street” and you’ll see from my review he’s cracked it all ways around. It feels Spanish too, from the moment you cross the threshold. It’s those hams, the draft lager on tap, the bare brick walls, marble and ornate tiled bar, and the overwhelming smell of garlic and fresh tomatoes being cooked.

So, what was the reason behind the specially selected wine list? One wine can destroy a meal, the acidity from the food paired with the acidity from the wine can make good food awful with one sip. Is it a case of re-educating diners? No, more teaching. Sherry for one thing is so I under-rated, people think it’s a Granny’s drink but it’s not. This wine list was created by two masters with the food in mind. The staff know the food and drink menu well so if you don’t, be swayed.

His team are as important as him. Whilst his name is above the threshold it has to be, it’s his place but he says him without them and he’s nothing. Now I liked José from the moment he came in and greeted me like a long lost friend and after hearing him speak of his staff so well I like him just a little bit more.

It’s not just the Olympics to look forward to in 2012, José’s second cook book is being published in May. his first book dedicated to his mother and father, and all the family and friends who helped make his career a success. This book will look at five regions of Spain, north, east, central, south and the islands.

So what’s the one dish that sums up José’s heritage? Gazpacho, pure and simple. He talks with real fondness as if it was only yesterday. His mother collecting tomatoes, cooking the dish all day for him to go to the fridge in the searing heat, take out a jar containing the fruits of her labour, and drink it the simplicity and quality of the dish refreshing and filling.

Does he miss Spain? Of course he misses friends and family, he thinks he sounds crazy when he tells me he doesn’t miss the country but he’s just so happy here in London.

And what can we expect from the restaurant? Well, it’s under wraps for the moment but what I can reveal is there will be Spanish tapas cookery lessons, wine tastings and food pairing.