Paris is an annual pilgrimage for me and Mr and two very dear friends, T & S.   ‘Feaujolais Nouveau’ is what we’ve dubbed our week-later-than-usual, trip to Paris for Beaujolais Nouveau weekend.  Finding a decent hotel in the city is always a chore and when you find a great one it’s a case of ‘return to avoid disappointment’.   This year we threw caution to the wind, conducted a little internet research, and we weren’t disappointed in the least.  In fact, 123 Sebastopol is a total find.  It’s from the Astotel stable, a solid, French hotel group with a raft of hotels in the City, who clearly know what they’re doing when it comes to tourism.

This boutique, film-inspired Hotel is geared for the French film buff in mind and if you are, then all the movie stars with floors named after them will be second nature to you.  We remained a little baffled, but didn’t care too much to ask.  Our floor was named after the Oscar-winning film Director, Claude Lelouch.   This 4-star hotel was designed by the architect Philippe Maidenberg, the go-to man for hotel refurbishment it seems if you’re in Paris. 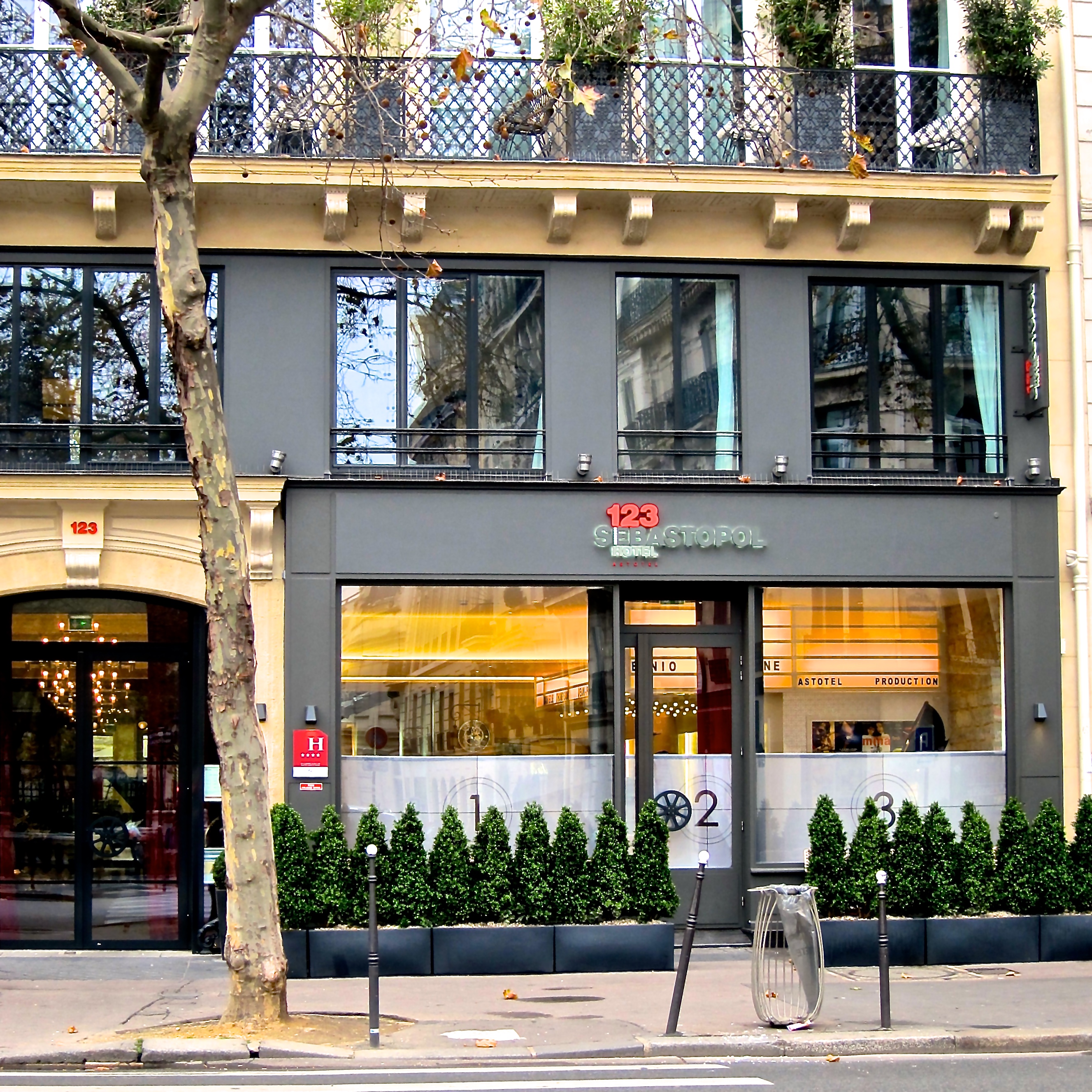 On the fifth floor (Room 524), we had a superb superior double room with an incredibly comfortable bed, there was a flat screen television with access to free movies 24-hours each day. 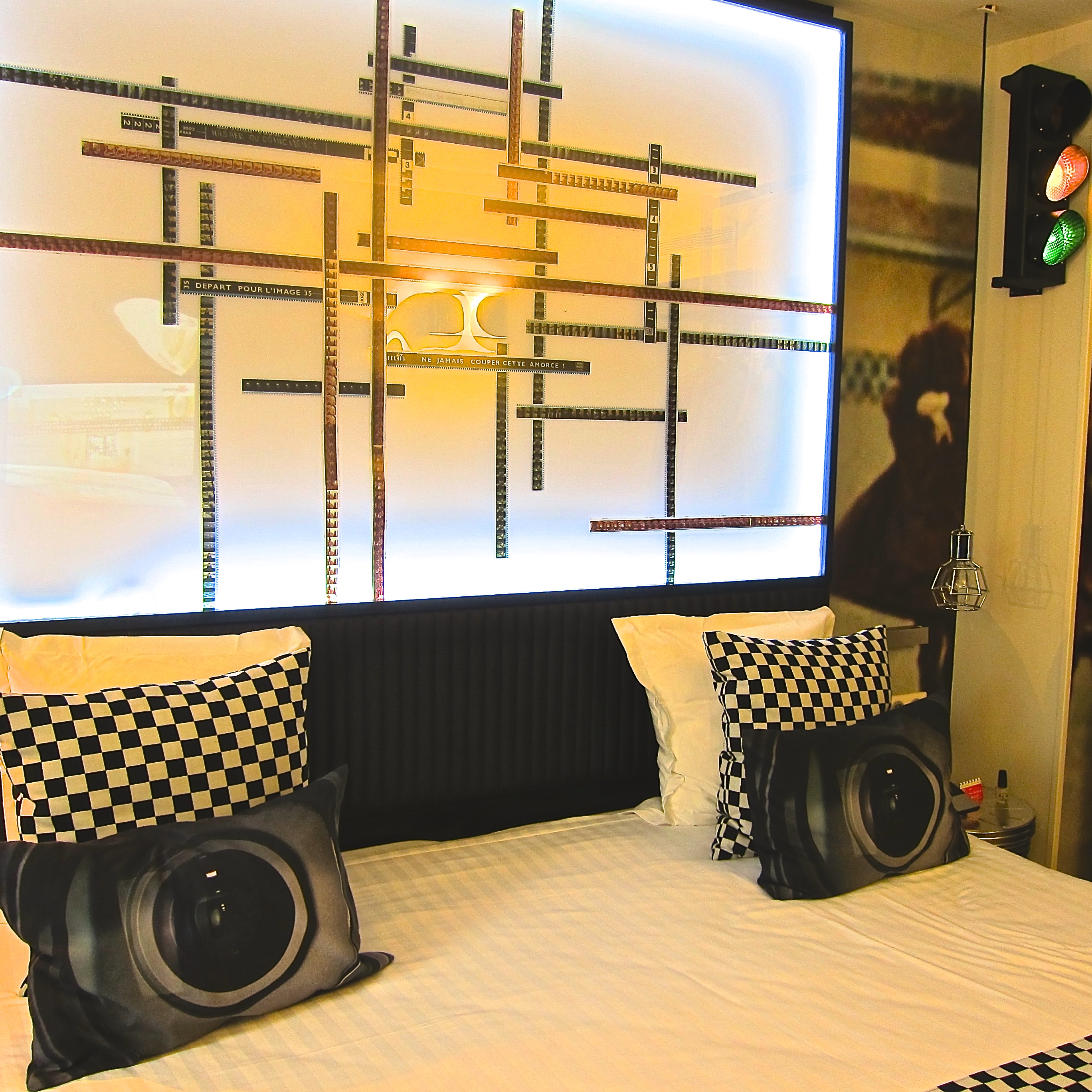 The mini-bar was stocked with free soft drinks and replaced each day.  A turn-down service happened every night and we were left with a ready-to-slip-into-bed and rather delicious chocolates.  The free wi-fi lasted for our entire stay – logging on every 24-hours in some hotels drives me crazy and in the end I just don’t bother.

The Hotel has been fitted out to an exacting standard and the emphasis is very much on style, check out the nod to the Palme d’ (Golden Palm) in the red carpet that is laid throughout. 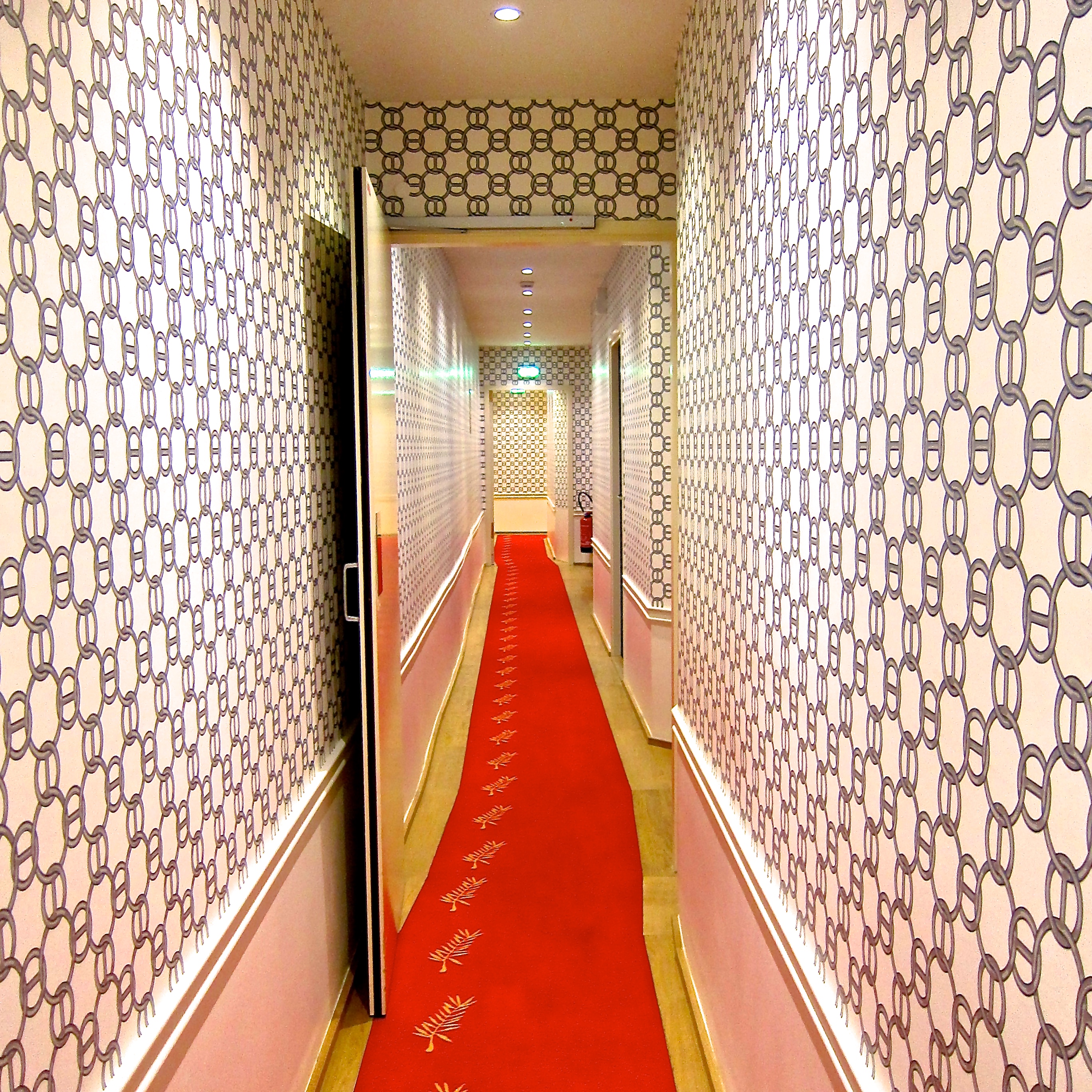 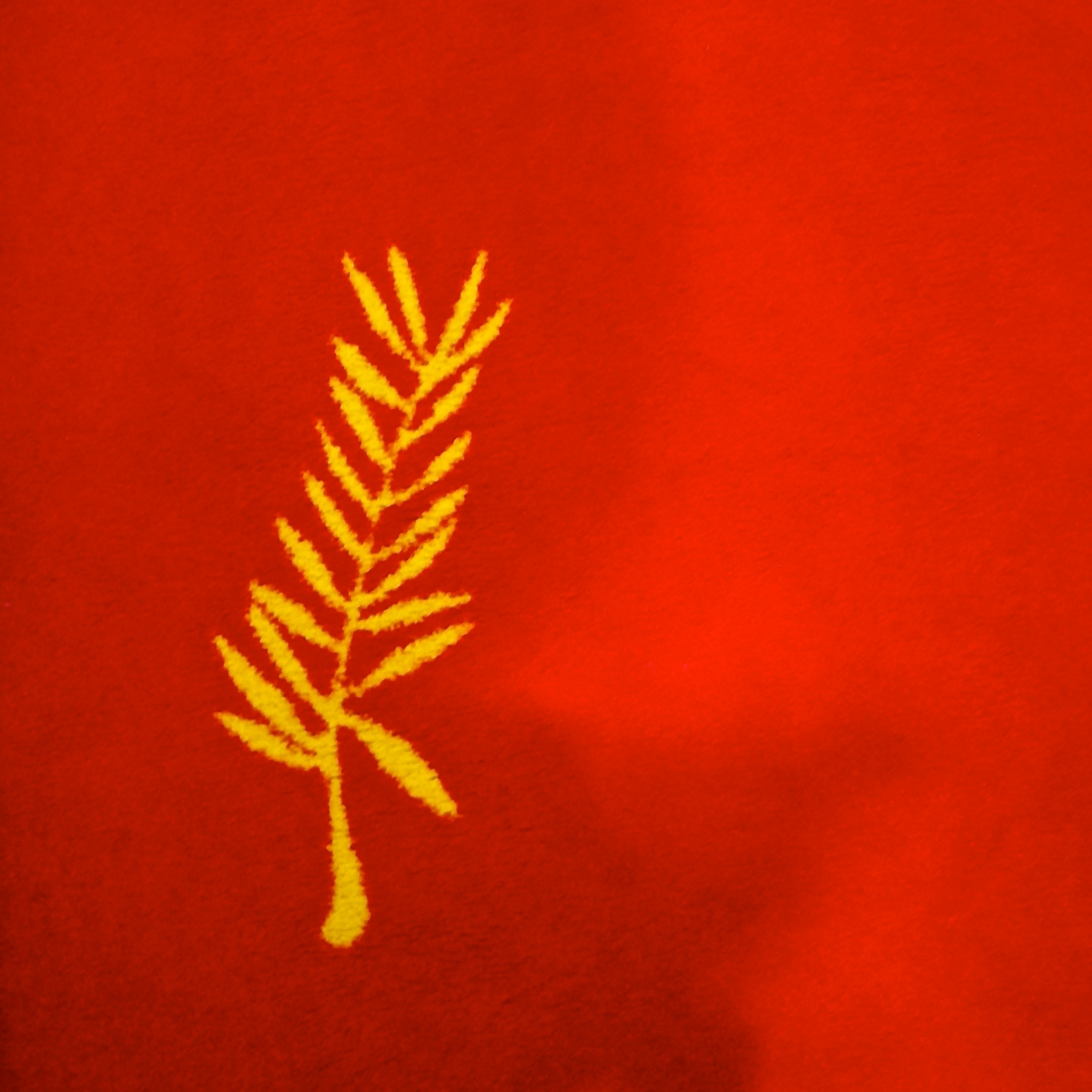 Everywhere you look there are subtle reminders of the film theme – we absolutely loved these miniature Box Stories by the Parisian artist Gatz, and fab art in general.

The Breakfast buffet was a fine example to all hotels offering breakfast and it was available right up until 11am.  Between 12 and 6pm this was replaced with snacks, canapes and free hot and cold soft drinks.

Guests who arrive early on the train were invited to tuck straight into the buffet breakfast which I thought was a lovely touch.

The reception area is very grand, and definitely has the wow factor.

Films made by any of the stars the Hotel showcases are shown on screens throughout the main areas.

We enjoyed the cocktails served in the Hotel’s bar, which had a really nice pre-dinner buzz, four drinks was an expected 61 Euros and worth it, we all agreed.  It’s designed to look something like a film set.  The drinks menu includes film-inspired cocktails from Black Swan to Kill Bill but cocktails that aren’t on the list can be made to order. 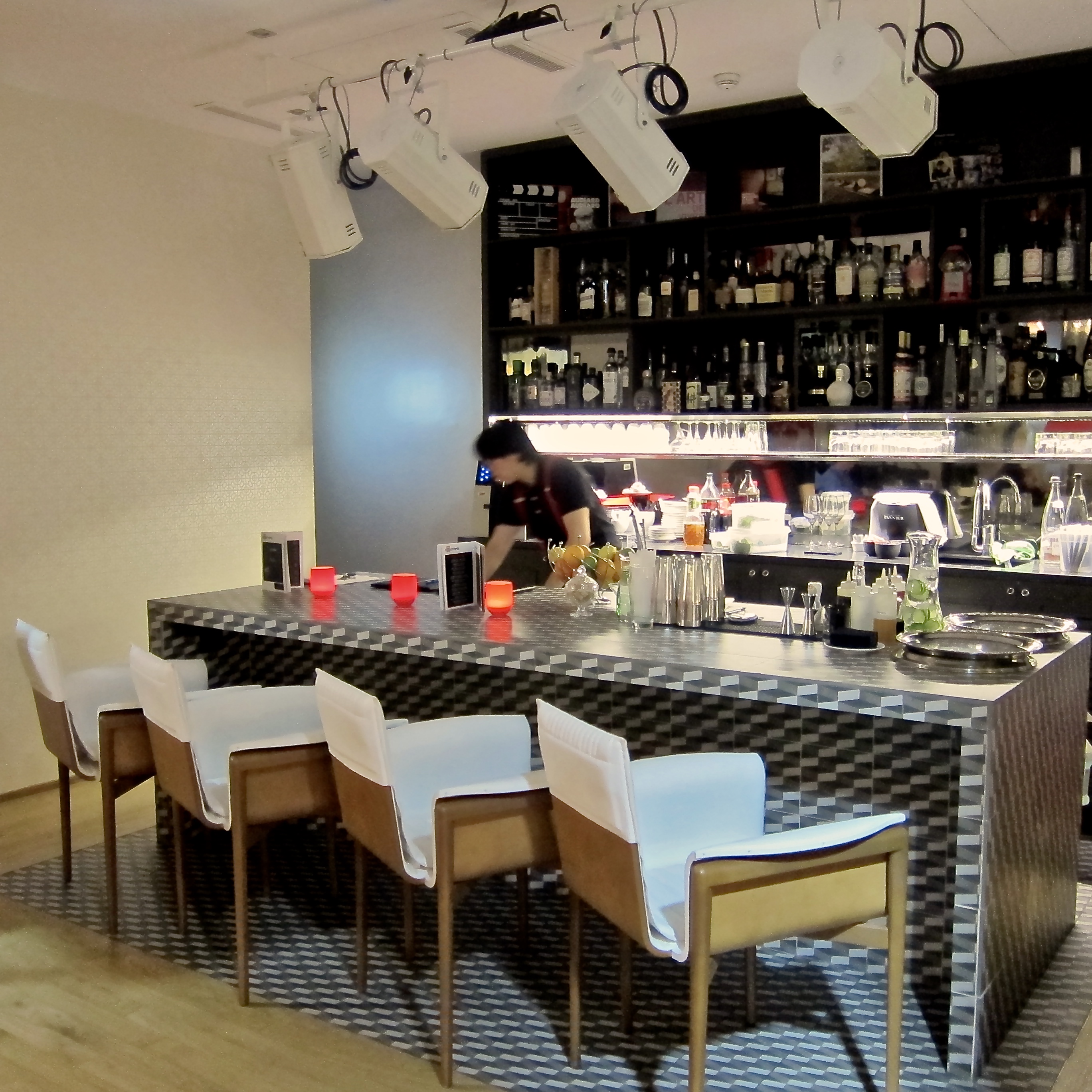 In the basement, you’ll find the Cinema, a fabulous space which shows films each day.  If you have a favourite you’d like to see, ask nicely and they may just show it for you. 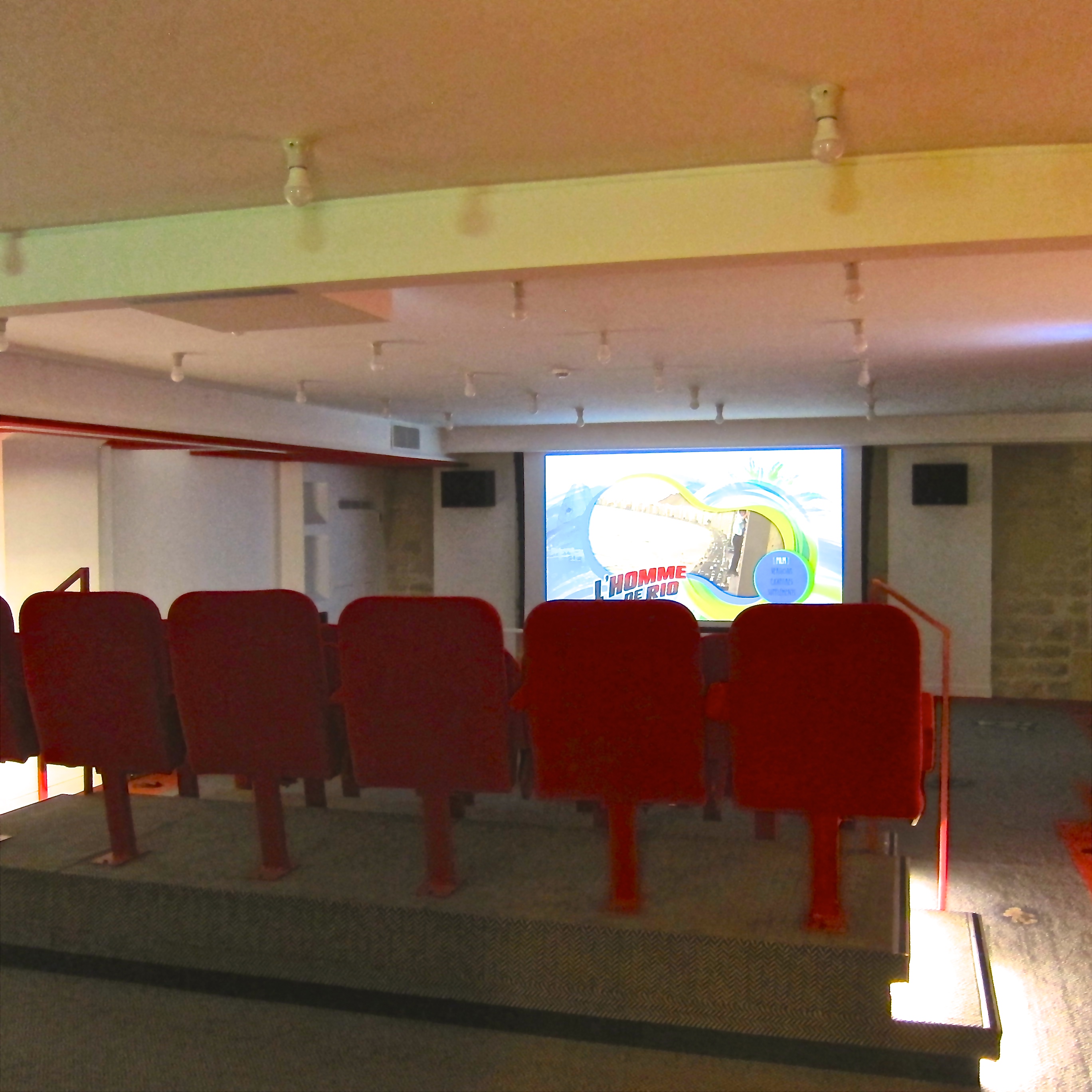 On the same level, there’s a small gym with basic machines for those who just can’t cope without a spot of training, ideal to work off a croissant or three. 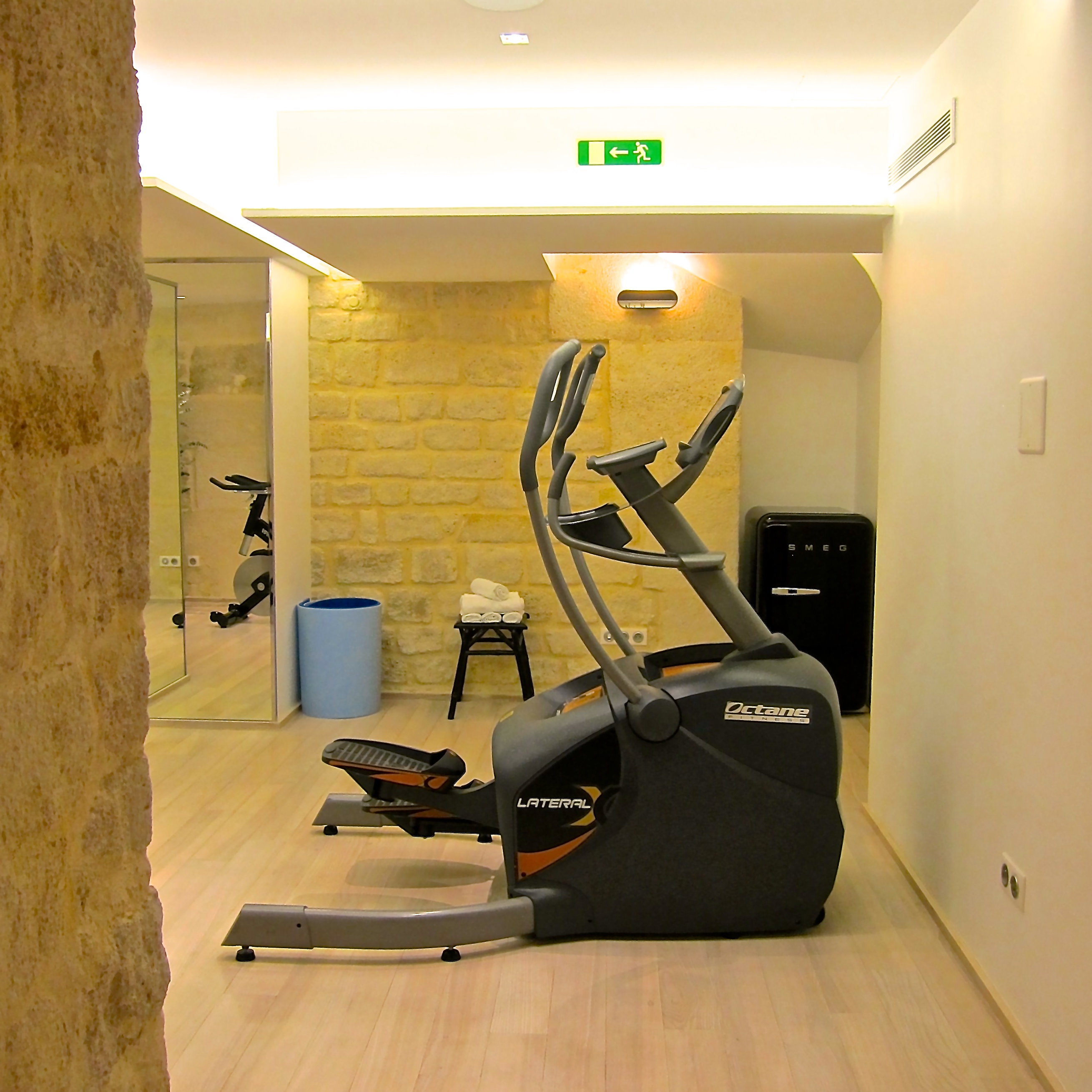 The Hotel is in a wholesale beauty and for those who are familiar with Peckham, very much like the High Road, so lacks a little Parisian charm.  Safe enough though both during the day and night (with male escort).

The outside patio area is small but perfectly formed. 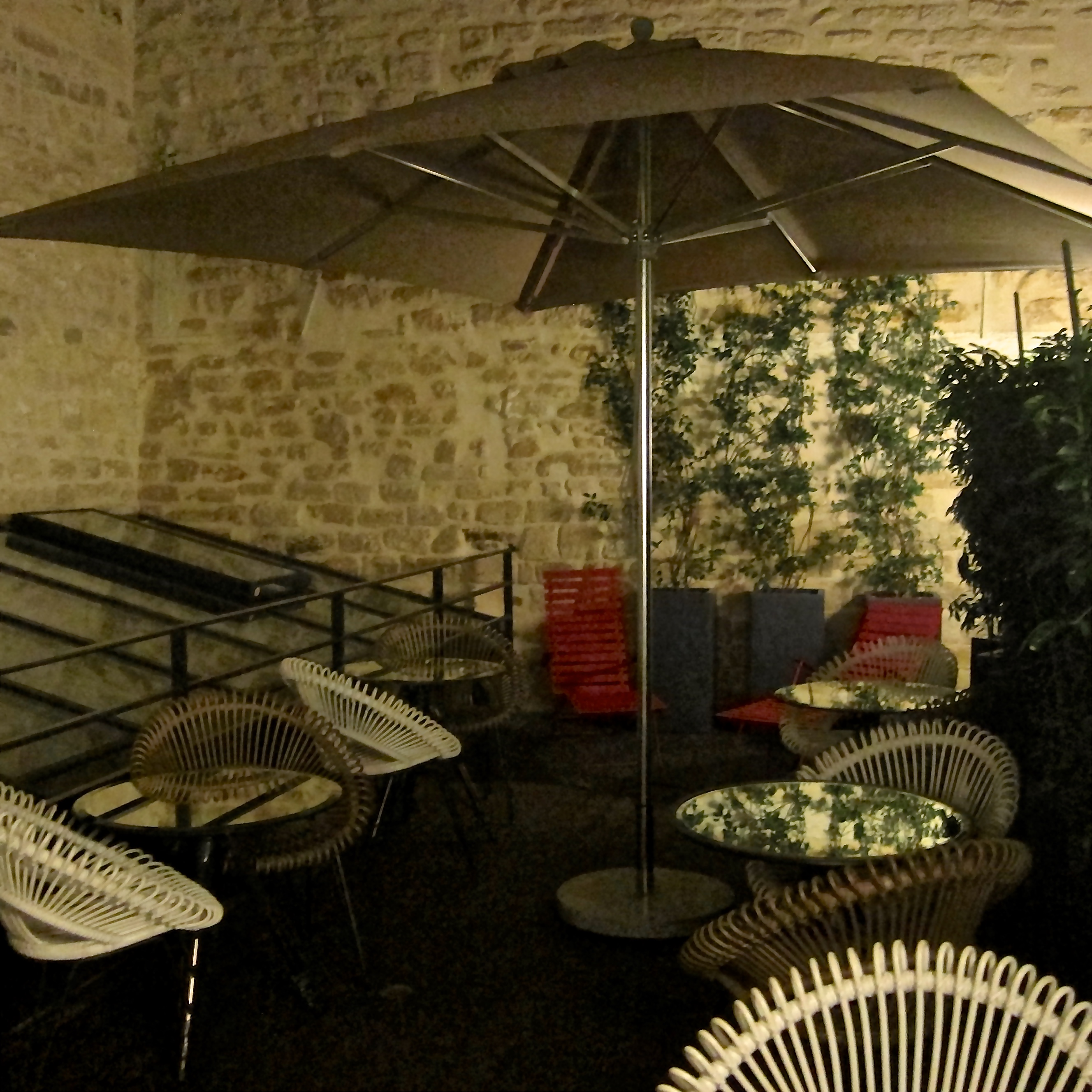 The service here is just exemplary and we could not fault anyone – at all.  A special mention for Delphine on the Reception desk who made us feel like VIPs – well done Delphine, you have succeeded in securing a return visit from us. 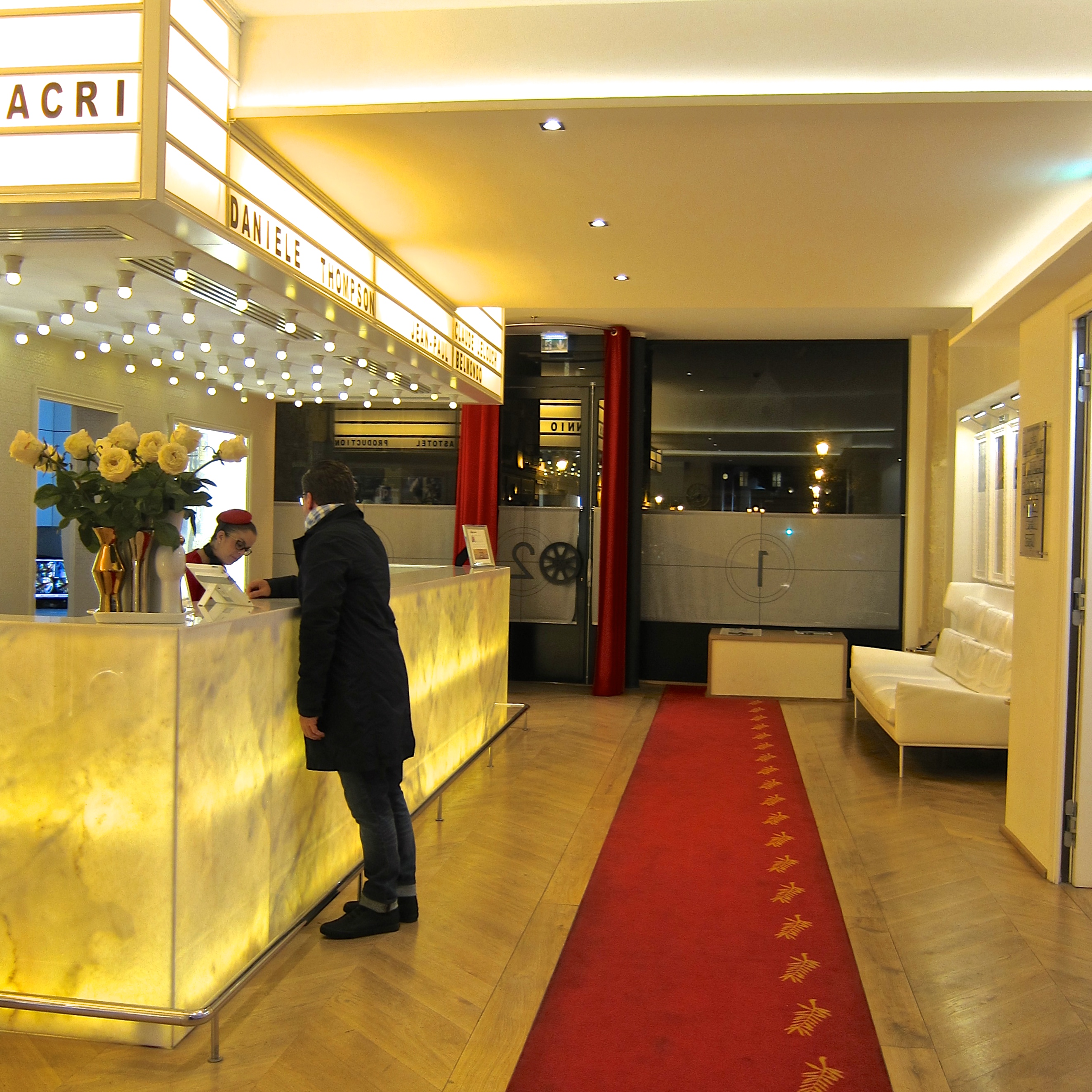 The Hotel is a short walk from Gare du Nord and the Eurostar, and just four stops for those with large pieces of luggage –  the nearest metro stop, Strasbourg Saint-Denis is a short walk away.  Across the road, just past the small square is Réaumur-Sébastopol.

Book direct with the Hotel to get the best deals.